ON THE ROUTE OF THE FORMER MERCURY ROUTE

Idrija is connected with the river port of Vrhnika around 1508, soon after the discovery of mercury. A narrow road with steep ascents and descents is too dangerous or at least unsuitable for transporting mercury even with small carriages, so heavy and liquid metal is loaded mainly on horseback. Due to the planned visit of Empress Maria Theresa to Idrija, a suitable road for small carriages was built only between 1760 and 1763, but the visit did not take place, as the Empress died earlier.

Maria Theresa (1717–1780) was the only female ruler of the Habsburg dominions, ruling from 1740 until her death in 1780. She was the sovereign of Austria, Hungary, Croatia, Bohemia, Transylvania, Mantua, Milan, Lodomeria and Galicia, the Austrian Netherlands and Parma. With the imperial coronation of her husband France I, Stephen of Lorraine, she was Duchess of Lorraine, Grand Duchess of Tuscany and Holy Roman Empress. 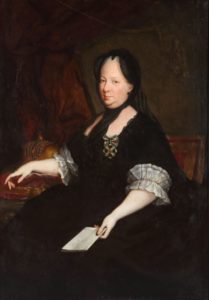 In her marriage to France I, Stephen of Lorraine, she has as many as sixteen children, eleven of them girls, ten with the name Maria, the youngest of whom is better known by the French name Marie Antoinette. Maria Theresa begins to reform the army, double the number of men in the Austrian army and reform the tax system to provide regular revenues for the maintenance of the government and the army, centralize the government by merging the previously separate Austrian and Czech chancelleries into one administrative office, establish a supreme court the task is to maintain the law in her lands and to strengthen the economy in the empire through reforms.

The Empress is working hard to eradicate hunger, so she requires farmers to grow potatoes. As the peasants resist, Maria Theresa sends soldiers to guard the fields planted with potatoes. These soldiers are told they have potatoes, as guarding the fields in those days is certainly inappropriately less dangerous than fighting an enemy army.