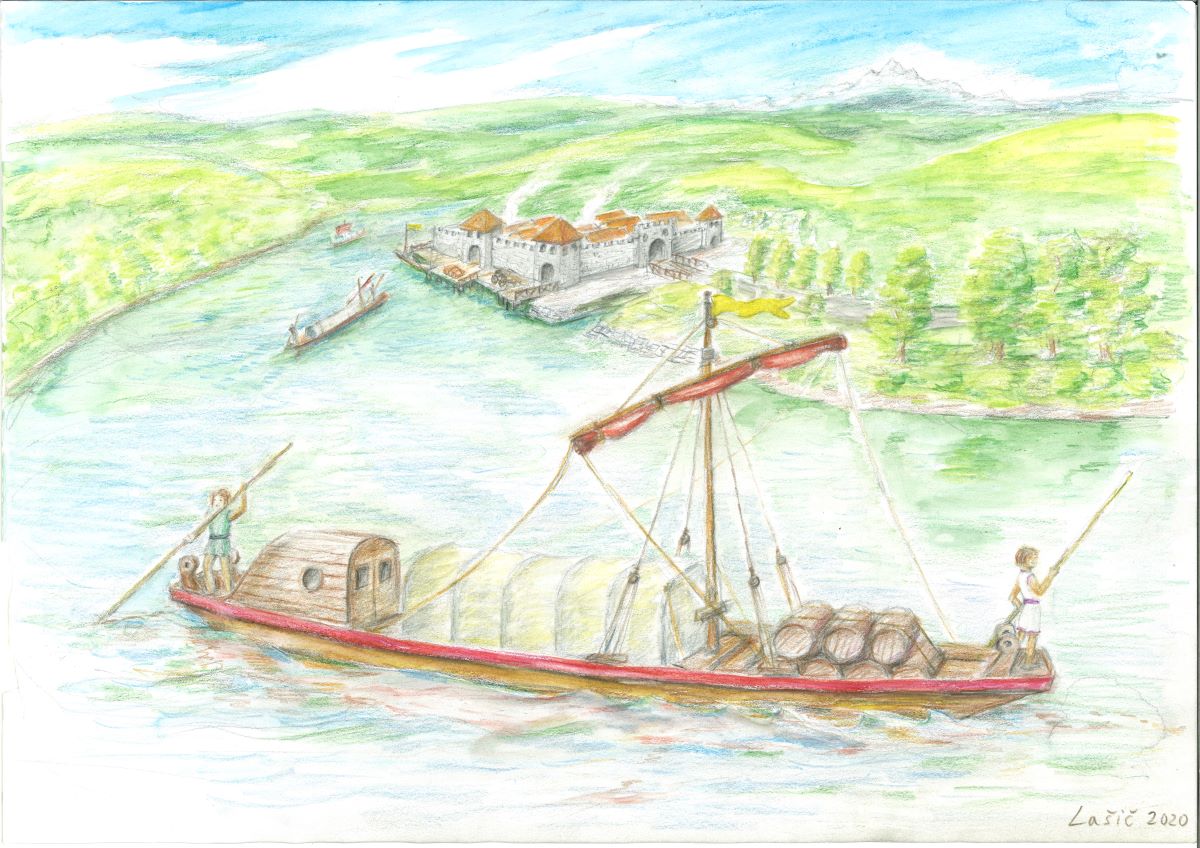 Evidence shows that after the last glaciation, the Ljubljana Marshes covered the lake. This shrank over the millennia and in the middle of the 2nd millennium BC only a large swampy plain remains, through which the Ljubljanica winds lazily. 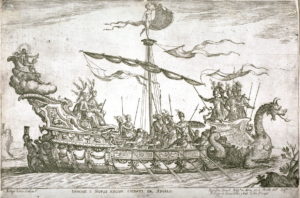 According to legend, the Ljubljanica was navigable as early as the 2nd millennium BC, as the Argonauts were supposed to sail along it from the Black Sea across the Danube and the Sava all the way to Vrhnika. As a navigable river, it gained importance with the arrival of the Romans in the middle of the first century BC, when they built the settlement of Navport, intended for the transshipment mainly of military equipment for the Roman legions, which penetrated towards the Danube, from wagons to river ships. Numerous finds also testify to this. As early as 1890, a Roman cargo ship from the first century BC was discovered near Črna vas and in 2008 in Sinja gorica another one, the specialty of which is the technique of joining with iron couplings, which is a missing link in research into the technology of construction of the Mediterranean type of vessels and the development of shipbuilding in general. With the completion of the occupation phase of the Roman legion in Pannonia and the construction of the Navport-Emona road, the importance of the waterway for the Roman army diminished but did not die out. 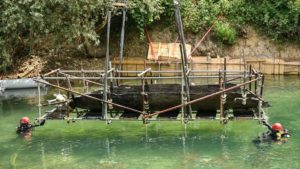 RECENTLY DISCOVERED ONE OF THE LARGER LOGBOAT FROM II. CENTURY BC INDICATES THAT TAURISCI WERE ALREADY SAILING ON LJUBLJANICA AT THAT TIME

As the Greek writer Strabo mentions, it was already in the middle of the 2nd century BC in the wider area of Vrhnika there was a settlement called Nauportus (Nauportus – navis, portus – port) in a Latin form.