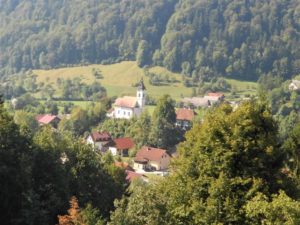 Podlipa and the Church of St. Brice

The trail starts (or ends) at the P&R car park (Park & Ride) in Sinja Gorica. The path leads mainly along the regulated bed of the Podlipščica stream. This year we completed the route to Podlog, and the second year we will complete the route at the Church of St. Brice in Podlipa.

In Podlipa, you can join the K1 bike path if you drive along the asphalt road for about a kilometer in the direction of Smrečje. You can also join K1 at the new footbridge over Podlipščica (turn towards the main road Vrhnika-Podlipa). 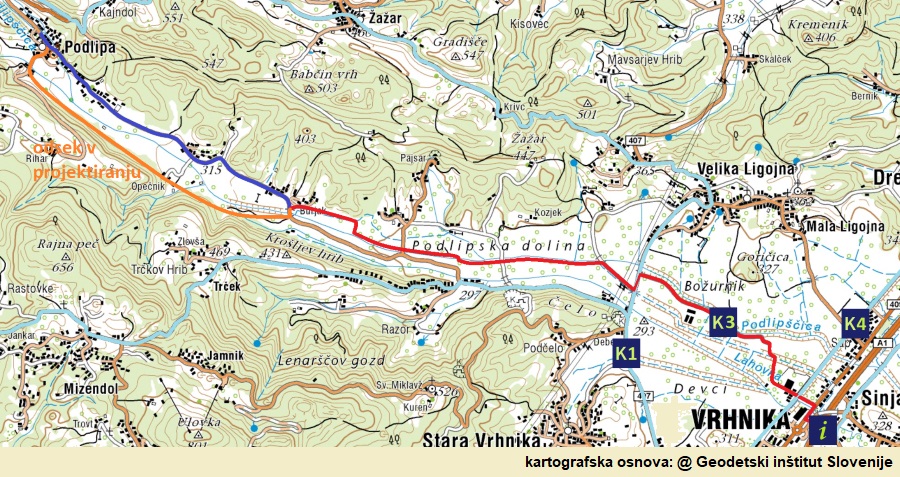 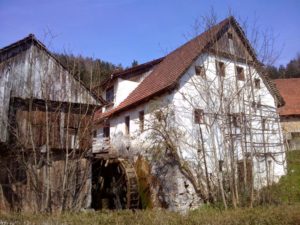 The Podlipa valley is a narrow valley that plunges a good six kilometers into the surrounding hills, rising with steep slopes from three to four hundred meters above the valley. The valley is very watery, so it is not surprising that along Podlipščica, Tunjica or Lahovka and many tributaries in the last two hundred years there are over twenty different water-powered plants, including five sawmills, eleven mills (among the oldest mills are Razor’s (1709), Pajsar’s, Mesar’s and Malnar’s, already drawn in the Austrian military map (1763–1787)), spruce bark milling feet for Vrhnika tanners and millet and barley feet, and seven small hydroelectric power plants (among the oldest are Verbič’s, built after the First World War) for the tannery, which was built in 1877 on the site of Mesar’s mill, Kovtrova (1934), Smrekarjeva (1938) and the village MHe (1941), and in the lower course of Tunjica, in addition to Verbič, there was also a tannery in Kralovš. In addition to Kovtr’s bicycle, only Žagar’s (Koščak’s) mill has been restored. 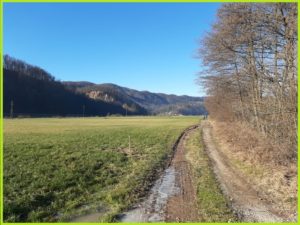 The valley is named after the village of Podlipa (347 m above sea level, 367 inhabitants), mentioned in historical sources as early as the 13th century. century, when it was donated to the monastery in Bistra. The settlement was originally named after the Tujnica stream, which originates in Pajsar’s cave, the name Podlipa appears later and is named after the linden tree, the descendants of which can still be seen today.

The village boasts many attractions, among them a partially built ground floor house on no. 51 with a preserved wooden ceiling and a black kitchen and a semicircular stone portal (mid-19th century) at the foot of Boštjan’s hill, Kovtr’ mill, the one-nave parish church of St. Brice (1803), parish and open-type chapel with stone pillars on the façade and with the year 1880 on both capitals at house no. 49a.

Among the village specialties is certainly the table in the inn Pri Vrtnarju (Jurca), which miraculously begins to turn with the laying on hands. In the wider vicinity of the church lies an archeological site from the Middle Ages.