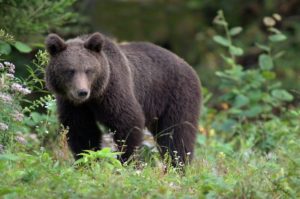 Menišija, where wide beech and fir tree woods entwine with colourful meadows, is ruled by the laws of nature and its wildest representatives – bears, wolfs and lynx. Hours can here pass like minutes to the nature enthusiasts.

Menišija is a 90km2 wide forested, elevated and dynamic karstic plateau between the Cerknica and Planina plain, the Cerkniščica and Otavščica valley and the Logatec Ravnik, Ljubljana Marshes and the Krim. About a 15km long and 6km wide plateau is rising approximately 700m above sea level (with the highest peak of 998m asl) and is aligned with the Dinara NW-SE ridge. Menšija is predominately covered by forests, where it is easy to get lost… 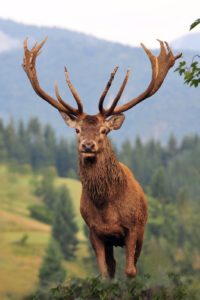 The Menišija plateau consists of Jura lime and Trias dolomite. The lime prevails in the NW part, covered by forests. In the SW, where the forests have been partly cut and the land cultivated, the dolomite prevails. Since the XIII Century, these had been estates belonging to the Carthusian monastery (hence the name) in Bistra, with the so-called monastery route to Cerknica. (Source: The Notranjska Regional Park).

There are four marked cycling trails in the Vrhnika part of the Menišija. K6 takes us to the Ljubljanica River Experience and Exhibition site (DRL), passing the former Roman fortress on Hrib and following the former Roman and cargo road to the Štampe bridge, around Raskovec, which was a favourite topic of the Vrhnika fellow countryman Ivan Cankar, all the way up to the Cesarski vrh, and following the Roman fortress wall to the Jerinov hrib, where the trail joins the K2 (Planina, 733m asl) and the K5 cycling trails (the Mercury trail from Vrhnika to the municipality border towards Idrija). Following the K7 from DRL on the old gravel road, we drive to Pokojišče, where we can either continue on the Menišija road towards Begunje pri Cerknici or descend to Borovnica and Bistra or ascend over Rakitna (and Krim) back to the Ljubljana Marshes. K8 is a circular trail around the Ljubljanski vrh, while the K9 takes us to Pokojišče passing the Suha štirna (the Dry Well). 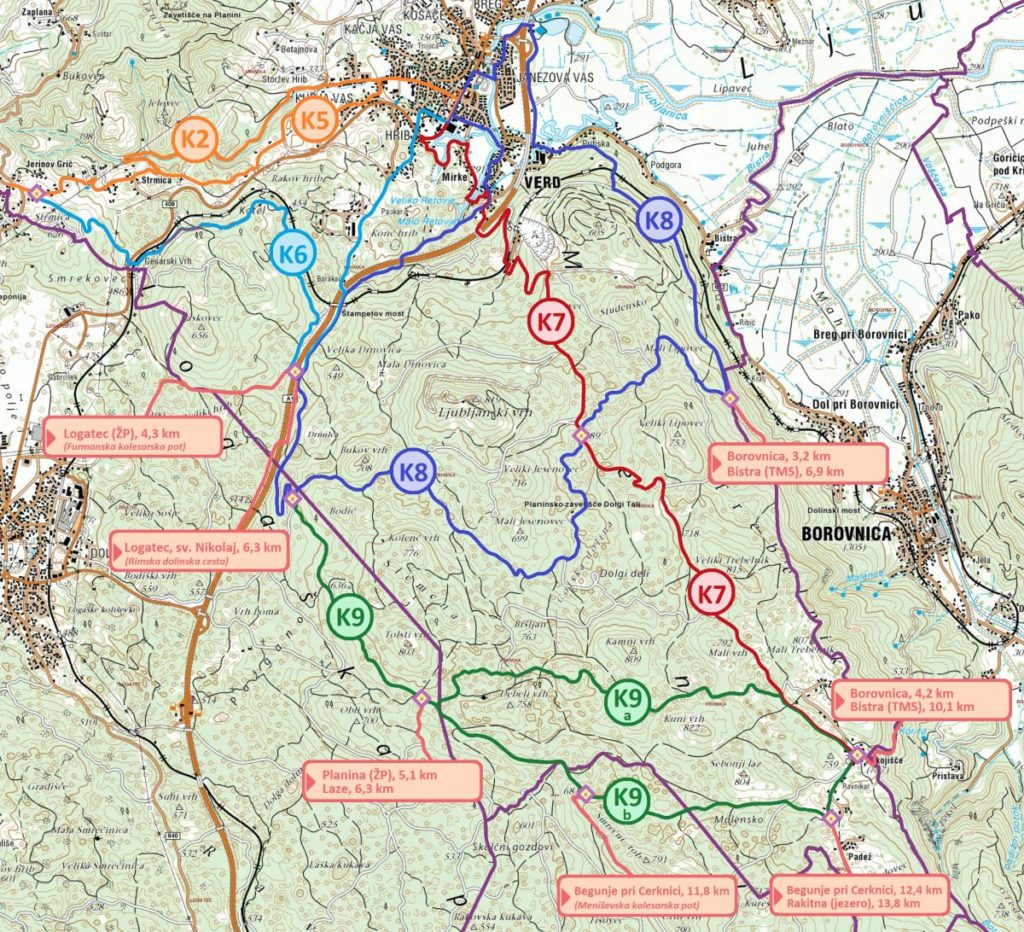