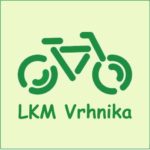 In the project Network of cycling routes in the municipality of Vrhnika or The Green Valley of Saint Florian – the municipality addresses only one segment of the tourist infrastructure, cycling routes in Vrhnika with some extentions to neighboring municipalities. In the period 2020–2022, we do not plan the construction of additional cycling infrastructures, such as bicycle rentals, bicycle services, showers and locker rooms, while accommodation facilities are subject of other projects. In any case, the routes will come to life only when we have daily at least 500 tourists in Vrhnika and we will be able to keep them in the hotel for more than just for a late dinner, overnight stay and early breakfast. We took as a starting point the conceptual project of the “Lista za razvoj Vrhnike in podeželja” (List for the development of Vrhnika and rural areas) “Ten kilometers of new bike paths per year – seven to ten year project of the municipality of Vrhnika”.

You start and end the round cycling route K1 in front of the Vrhnika Tourist Information Center. On the way you will drive through Žažar with the church of St. Anne, and cycle to Smrečje, from where you will have a beautiful view all around. You can see the beautiful Church of the Assumption of Mary, only a few hundred meters away from the only inn on this way. The path ascends for the most part to this point, followed by a quick descent to Vrhnika. The path is partly macadam and measures 31 km in length. For the K1, you’ll need about an hour and a half of moderately demanding cycling. (MORE >>>)

You start and end the round cycling route K2 in front of the Vrhnika Tourist Information Center. The route will lead you to Kuren, where you can make a stop at an excursion farm and see the church of St. Nicholas with its famous wooden ceiling and rich history. In the continuation, you will climb to the lookout tower on Planina, one of the tallest wooden detached buildings in Slovenia. Followed by a short and steep descent along the macadam path to Stari Maln (Old mill), from where you have only a few kilometers of pleasant cycling along the Bela stream to Vrhnika. The path is partly macadam and measures 22 km in length. For K2, you will need about an hour and a half of moderately demanding cycling. (MORE >>>)

The trail starts (or ends) at the P&R car park (Park & Ride) in Sinja Gorica. The path leads mainly along the regulated bed of the Podlipščica stream. This year we completed the route to Podlog, and the second year we will complete the route at the Church of St. Brice in Podlipa. In Podlipa, you can join the K1 bike path if you drive along the asphalt road for about a kilometer in the direction of Smrečje. You can also join K1 at the new footbridge over Podlipščica (turn towards the main road Vrhnika-Podlipa). (MORE >>>)

Vrhnika lies at the junction of the moor and the Dinaric Alps, right where the easiest and most difficult passage from the Ljubljana Basin to the Adriatic Sea and northern Italy. The suitability of the terrain for settlement and the possibility of crossing have contributed to the fact that various means of transport have been used here for more than 5,000 years. The round cycling route starts at the “new railway station” in Vrhnika and leads clockwise across Sinja Gorica, Drenov Grič, Bevke, Blatna Brezovica and again across Sinja Gorica to Vrhnika. (MORE >>>)

The road connecting Idrija with Vrhnika was built around 1508, soon after the discovery of mercury (1493), and until 1721 it was the only road connection from Idrija. It was intended to supply the mine with timber, equipment, food and the transport of mercury ore to the world. It starts at the Gewerkenegg castle in Idrija and continues Kovačev Rovt to Zaplana and Vrhnika. (MORE >>>)

* the location must be switched on on the phone